GSP Recipient on the Value of Getting Involved 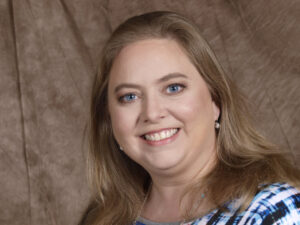 Erin McAlister, GSP is a recent graduate from Southeastern Louisiana University’s Occupational Safety, Health and Environment (OSHE) program. She previously served as an EHS Compliance Manager but has recently accepted a position in Industrial Hygiene and is an active member in her local chapter of the American Society of Safety Professionals (ASSP).

McAlister followed a circuitous route to becoming a safety professional. She was a photographer for most of her life until she was sent down a different path following the closure of the company with which she worked. “I was left having to make a change,” said McAlister. “I decided to finish my degree and look for something I thought was interesting.”

Four years after that decision she was graduating with her SH&E degree and earned BCSP’s Graduate Safety Practitioner (GSP) designation. “The GSP was an added perk to getting my bachelor’s degree,” said McAlister. “Graduating with the GSP put me ahead of the game, it has been something many prospective employers see on my resume that tells them I am serious about my career.”

In addition to earning the GSP, McAlister also believes that networking was a major factor in her post-graduation job search. McAlister served as the ASSP President of her student section and attributes that experience to becoming more outgoing and having a greater array of opportunities presented to her.

“I met a lot of wonderful people through being a leader in the ASSP and being involved has presented me with opportunities that I would have never had if I had not been an active member,” commented McAlister.

After her run as President of her student chapter, McAlister was offered the membership chair position with the Greater Baton Rouge Chapter – a position she received because she was so active in the SH&E community as a student.

Being so early into her new position, McAlister isn’t quite sure what her favorite part of her job will be, but with the variety of opportunities the SH&E profession offers, she knows the possibilities will provide her many avenues of engagement that appeal to her interests.

If you’d like to learn more about the GSP designation and the path to becoming a BCSP Certified Safety Professional, visit the GSP webpage.