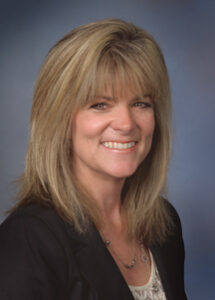 The Board of Certified Safety Professionals (BCSP) strives to provide credentialing options for practitioners at many levels of the Safety, Health, and Environmental field. We announced the Associate Safety Professional (ASP) as a separate certification earlier this year. In our opinion, the ASP as a certification is an improvement over the ASP as a designation. The former designation became terminated once an applicant’s eligibility expired or when one became a Certified Safety Professional (CSP). Passing the exam formerly known as the Safety Fundamentals examination led to attainment of the ASP, which was (and still is) the first of two exams leading to the CSP certification. The ASP examination is a rigorous and difficult examination to pass and one should be allowed to maintain the credential if they so choose by virtue of passing the exam.

Not everyone becomes a CSP via the ASP and of those who did, some want to maintain both; they did sit for and pass two rigorous exams. Unless one meets the criteria for waiver of the ASP examination, such as holding a certification from an organization with which BCSP has a Memorandum of Understanding/Agreement, holds the Certified Industrial Hygienist (CIH) certification or holds the Graduate Safety Practitioner (GSP) designation, that individual must sit for and pass the ASP examination before becoming eligible for the CSP examination.

When we announced the ASP as a certification, we received numerous calls from CSPs wanting to know if they could hold the ASP certification in addition to the CSP. Since they are now two separate certifications, the answer is yes. It is a personal choice as to whether someone wants to maintain both or only one – this is optional and definitely not a requirement. Holding both is synonymous to people who want to hold multiple BCSP certifications (i.e., CSP and OHST). Choosing not to maintain the ASP certification in no way affects one’s status as a CSP. Many people have expressed the desire to hold both; the choice is entirely up to the individual.