BCSP is Proud to Announce the 2022 Awards of Excellence Recipients 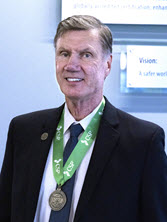 Dr. Mark A. Friend, CSP is the coordinator of the Daytona Beach Campus of Embry-Riddle Aeronautical University (ERAU) Master of Science in Occupational Safety Management (MSOSM). He also served as the executive director and co-technical lead for the Federal Aviation Administration (FAA) Center of Excellence at ERAU. He taught occupational safety at West Virginia University and later chaired the Department of Occupational Safety and Health at Murray State. Prior to working at ERAU, he designed and led the Master of Science in Safety at East Carolina University (ECU). During his career, he and another colleague started the National Occupational Safety and Health Educators’ Association (NOSHEA), which later became the Academic Practice Specialty of the American Society of Safety Engineers.

Friend has served on the Board of Directors for BCSP. He was also active as the former American Society of Safety Engineers (ASSE) representative to the Accreditation Board for Engineering and Technology (ABET) when it wrote the outcomes-based criteria, and he led the committee developing the criteria for safety degree programs.

During his career, Dr. Friend has worked as an active safety consultant, expert witness, and co-author of three safety textbooks. 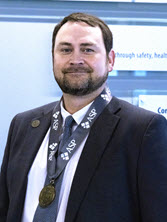 Jerry Arnold, CSP, ASP, CHST, CIT, STSC is a safety professional with over 17 years of experience in general, construction, and maritime industries. Arnold started his safety career in general industry working for a fortune 500 medical distribution company in Southern Louisiana. Hurricane Katrina’s widespread devastation forced Arnold’s career path to drastically change. In the aftermath of the storm, the need for safety professionals in the construction industry was urgent. Arnold started his new career as a site safety professional working for a contractor on a hurricane repairs project for NASA Michaud and the US Army Corps of Engineers.

After completing a few projects in the public sector, he transitioned to the private industry as a Safety Director for Woodward Design+Build, a respected New Orleans construction firm. Woodward Design+Build has multiple divisions with different safety challenges that span multiple industries’ safety requirements. These divisions include construction, steel erection, sheet metal, warehousing, millworks, service, engineering, and architecture. Jerry’s authority as Safety Director extends from the office to all projects in the field. 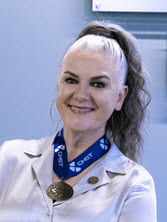 Sondra Lavoie, CSP, ASP, CHST, STS, CRIS is a safety and risk specialist in the Pacific Northwest. She received her Bachelor of Science in Occupational Safety and Health from Columbia Southern University and has spent the previous 13 years in safety and risk management. Her diverse experience has cultivated a well-respected reputation throughout many industries, her clients, the community, and her colleagues.

Lavoie began her career in 2002, serving as a project engineer for a specialty and finish contractor in construction. She transitioned into safety in 2008 as a construction safety administrator for a concrete placing company. At the age of 40, Sondra focused her safety acumen and commitment to excellence by returning to school while working full-time as a safety consultant in the construction industry. She was supported during this time by her husband of 22 years all while raising her daughter.

Over the past few years, she has taken the time to achieve the ASP and CSP certifications from BCSP and was awarded the 2020 Award of Excellence for the STS. 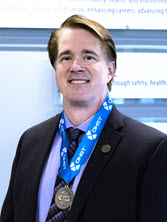 Barrett holds a Bachelor of Science and a Master’s in EHS Curricula from Oregon State University. He is an active professional member of the Columbia-Willamette ASSP chapter. He serves as Co-Chair and Treasurer of the Construction Safety Summit, a grassroots organization serving the greater Portland Oregon construction industry, similar to ASSP.

He previously worked for Skanska as an EHS manager overseeing other safety coordinators monitoring multiple building projects. One major project valued at more than $350 million included upgrading semi-conductor manufacturing facilities comprising large chemical infrastructure and considered high-risk. Prior to Skanska, Barrett was a senior compliance officer with Oregon OSHA and later a safety consultant with the agency. His work included major incident or fatality investigations. He served as an assistant manager for one enforcement group, served on various VPP certification teams, and presented to various employers regarding numerous OSHA concerns. 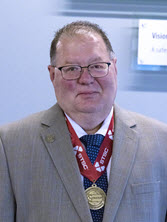 Prior to his various roles in the private sector, Donnelly served as a cleanup project manager for the Washington State Department of Ecology for seven years overseeing the cleanup mission at Hanford and assisting in critical milestone negotiations and development. Additionally, he coordinated with the U.S. Environmental Protection Agency in the removal of Hanford waste sites.

Donnelly graduated from the Naval Nuclear Propulsion Program in 1984 and served as a nuclear operations instructor at the Naval Reactors site at the Idaho National Engineering Laboratory (INEL). He has a degree from the University of Phoenix and has served in a variety of key senior management roles throughout his Hanford career.