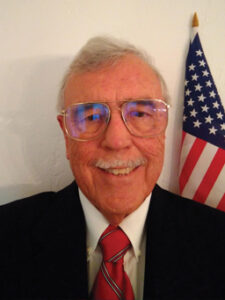 Stewart “Stew” C. Burkhammer is currently serving as Principal Consultant for Burkhammer Consulting Services, specializing in construction safety. Burkhammer retired from his position as the Director of the Office of Construction Services for the Directorate of Construction within OSHA in January 2008 after over five and a half years of service. Prior to being appointed to this position in June 2002, Burkhammer spent forty years with the Bechtel Group of Companies, retiring in May 2002 as Principal Vice President and Manager of Global Environmental, Safety and Health Services.

Burkhammer received his liberal arts degree from Thomas Edison State College, is a Professional Engineer (PE), a Certified Safety Professional (CSP), and an Occupational Hygiene and Safety Technician (OHST). He was elected a Fellow of the American Society of Safety Engineers in 2000 and was presented with the Distinguished Safety and Health Professional Award from the Safety Equipment Institute in 1998. Upon his retirement from the Bechtel Group of Companies, he was presented the Distinguished Service Award for outstanding achievement in the field of environmental, safety, and health. This was only the fourth time in the 105-year history of the Bechtel Organization that this Distinguished Service Award, in any category, had been presented. In 2008 at the National Safety Council Congress and Expo, The National Safety Council presented him with the Distinguish Service to Safety Award. This is the Council’s highest honor that can be bestowed upon an individual.

During his forty plus years as an ES&H professional, he has managed the development of the ES&H program for the Kuwait Oil Fires Project, several nuclear and fossil power plants, and was Consulting ES&H Director to the City of New York, for the World Trade Center Emergency Project in the early stages. In addition, Burkhammer chaired DOL-OSHA’s Advisory Committee for Construction Safety and Health, served as CEO and Board President for the Safety Equipment Institute, is a Past President of the Board of Certified Safety Professionals, and has been a keynote speaker on the topics of ES&H at several global conferences and seminars.